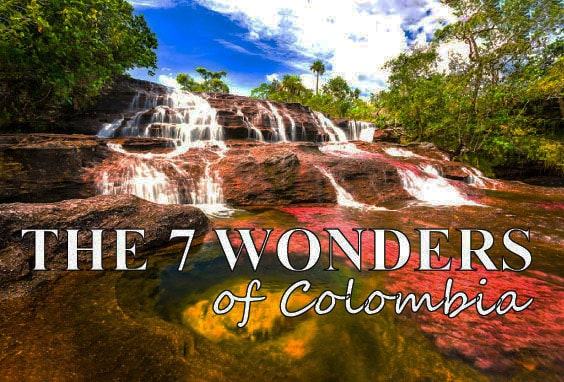 Colombia is not only a country of welcoming people and breathtaking views. It is a country with a unique history reflected in its National Monuments and World Heritage Sites. In 2007, Colombians selected seven cultural sites, which are known today as 'The Seven Wonders of Colombia'. The seven man-made structures where selected by taking into account their engineering and both their architectural and historical value.

Here's the list (from last to first) of The Seven Wonders of Colombia:

Where to find it: Bogotá, Cundinamarca 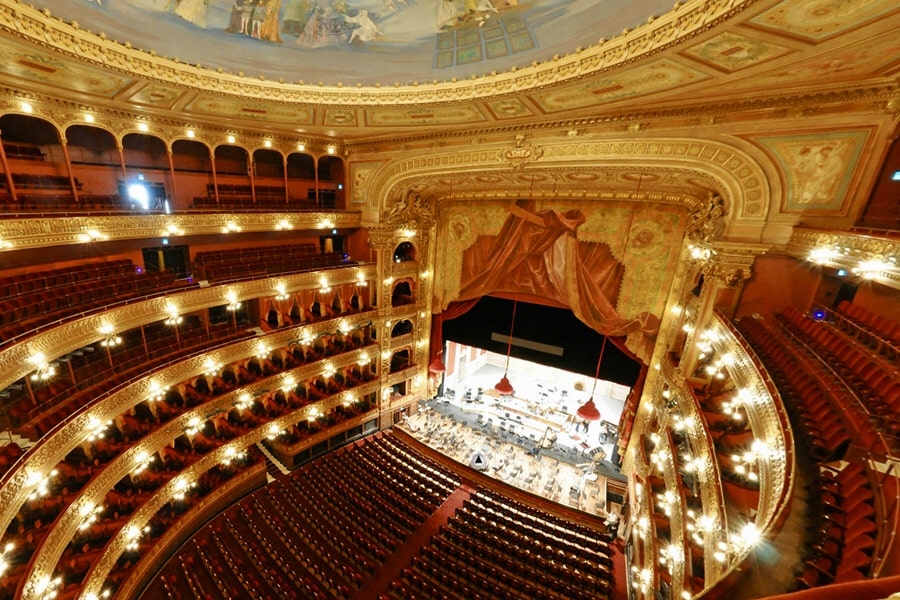 Located in the Colombian capital, Bogotá, the Colón Theater is today an iconic place of this city due to its neoclassical architectural style.

The Colón Theater is the oldest standing opera house in South America. It was built in 1885 by Pietro Cantini, an Italian architect. In 1975, it was declared a National Monument of Colombia. It was officially open to the public in 1892 to celebrate the 400th anniversary of Columbus’ discovery of America.

Where to find it: Inza, Cauca 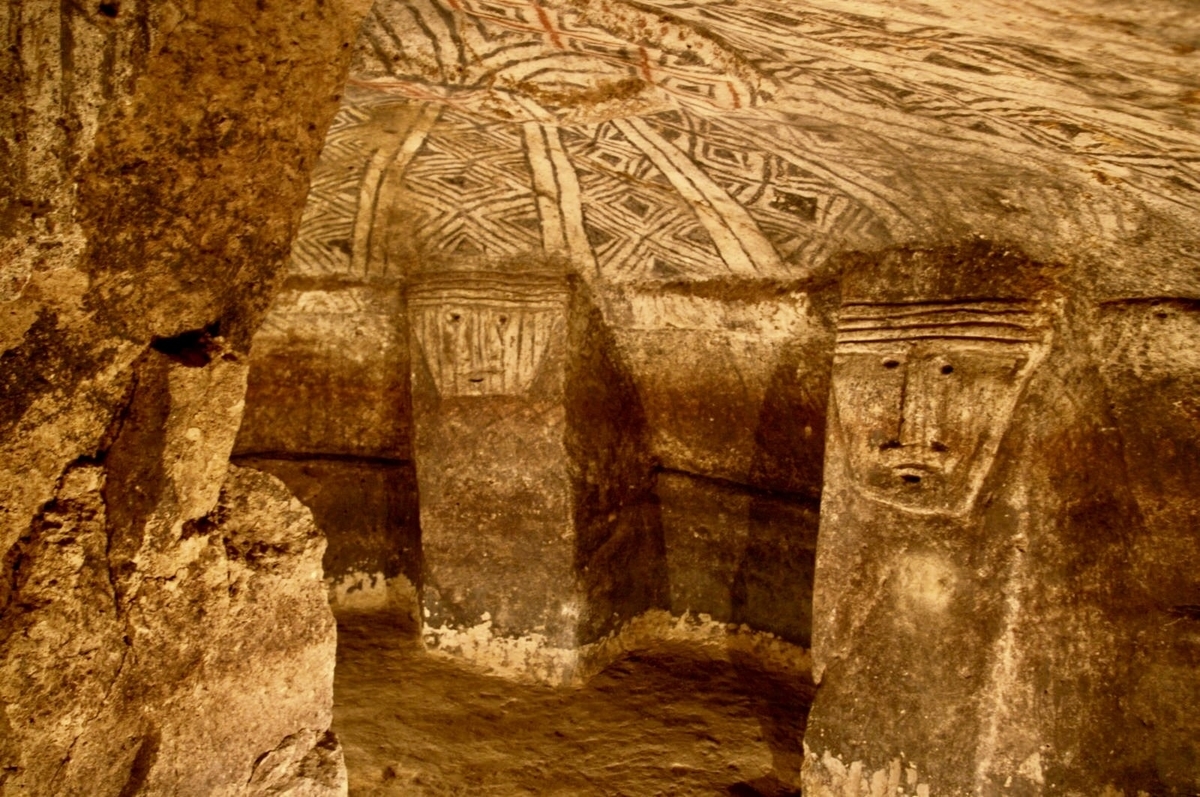 The National Archeological Park Tierradentro is located on the north part of the Cauca department. It is a UNESCO World Heritage site since 1995 and one of the most important archeological sites of Colombia, as it is home to a large collection of artifacts from the Pre-Colombian culture.

This archeological park exhibits underground chambers that were once used as collective tombs. Remains of fabrics, pottery and statues - similar to those found in the San Agustin Archeological Park (see below no.3) - are also exhibit in this national park.

Where to find it: Santa Marta, Magdalena 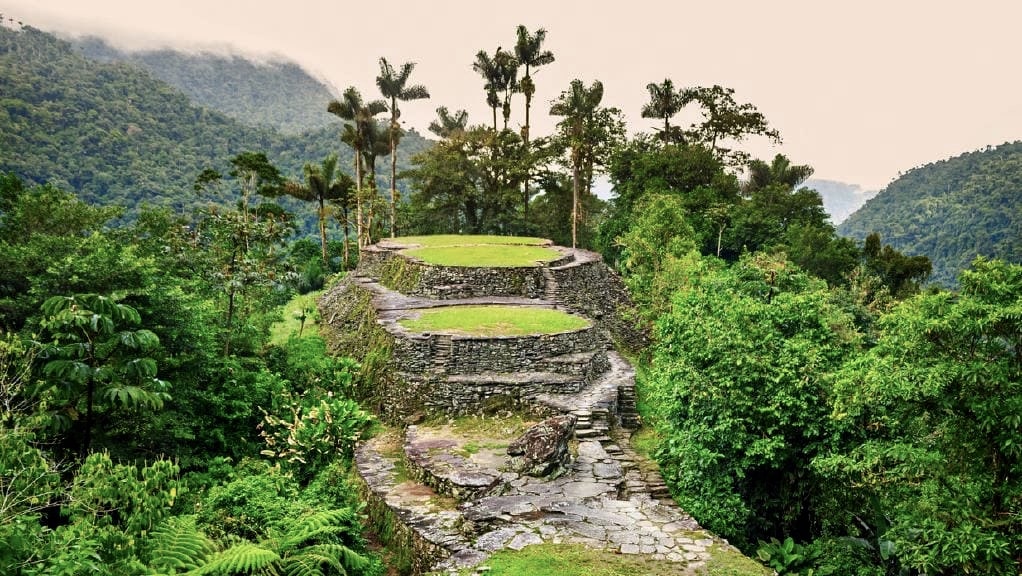 Located in the Sierra Nevada (snow-covered mountain range) of Santa Marta, ‘La Ciudad Perdida’ or ‘The Lost City’ is a major archeological site dating from around 660 C.E.

The Lost City, also known as Teyuna, was built by the Tayronas – an indigenous group living in the region ­– in an area of 383,000 hectares known today as ‘Sierra Nevada de Santa Marta National Natural Park’.

It wasn’t until 1976 that this place, composed of a network of villages, terraces, roads, bridges, canals and aqueducts, was discovered by a team of archeologists from the Colombian Anthropology Institute. Among the towns discovered, the most important ones are Pueblito and Buritaca.

The ‘Ciudad Perdida’ is today a UNESCO World Heritage Site.

Where to find it: Cartagena, Bolívar

Located in the Caribbean Coast Region of Colombia, the city of Cartagena was one of the most important ports in America during the Spanish Colony, and it was constantly attacked by both French and English troops.

Where to find it: San Agustín, Huila 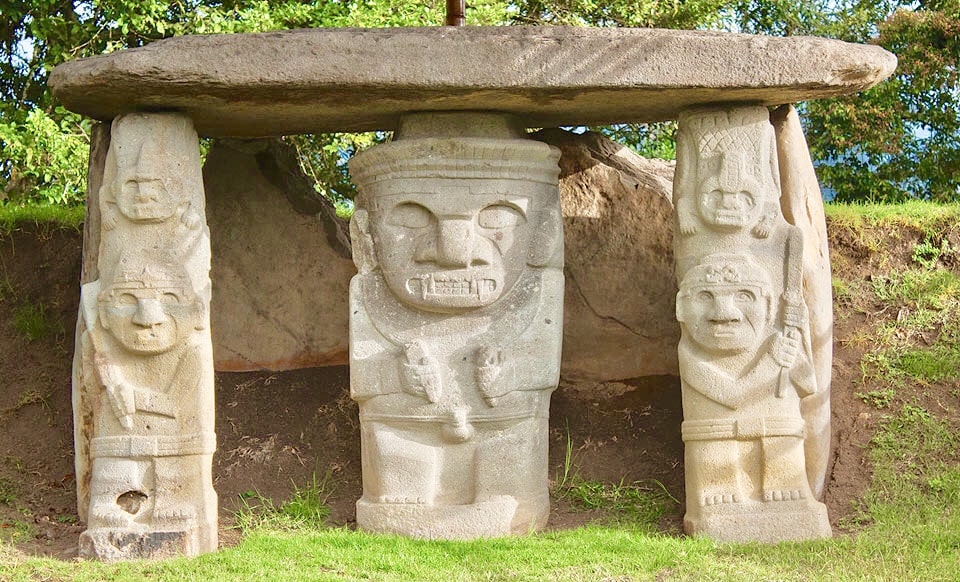 Located in the city of San Agustín (Huila department), the San Agustín archeological park is not only one of The Seven Wonders of Colombia, but a UNESCO World Heritage site.

Some of the statues found in this archeological park are over 4 meters high. Other statues are beautifully carved into huge rocks! The statues are the representation of human bodies and faces and animal figures.

The San Agustín archeological park is home to the biggest necropolis in the world and the largest collection of megalithic structures.

Where to find it: Ipiales, Nariño 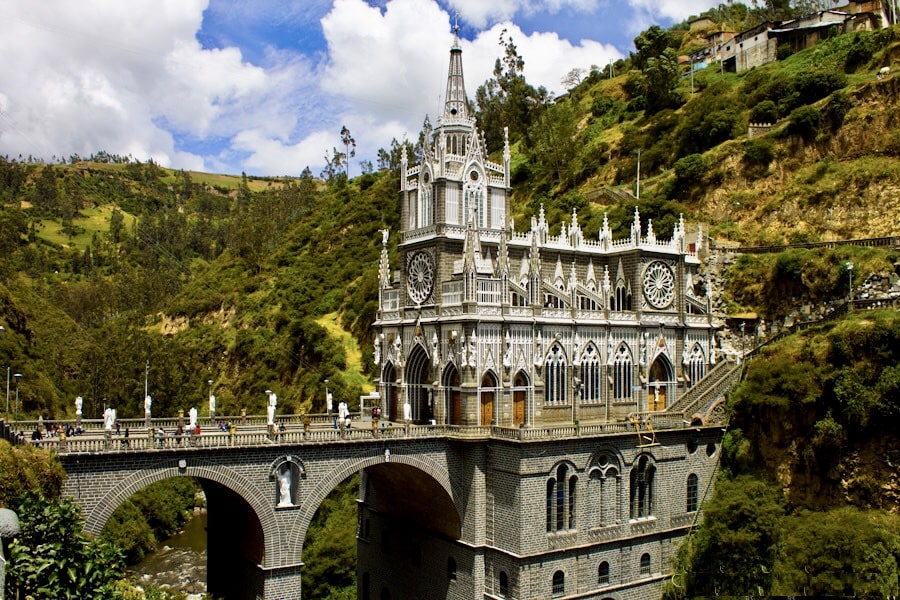 The Las Lajas Sanctuary is a basilica located in the ‘Río Guaitana Canyon’, in the city of Ipiales (Nariño department).

Measuring over 100 meters high (from the base to the top), this 18th century Gothic Revival style-construction is one of the most spectacular wonders of Colombia!

Interesting fact: There’s a miraculous story associated with Las Lajas Sanctuary. It is said that once a deaf-mute girl and her mother took shelter during a storm in the area that now hosts the basilica. A miracle happened and the girl started hearing voices although she was deaf. Since then, local believers started visiting the place and praying for miracles to happen. This place was then considered sacred and in order to straighten the faith of believers, the basilica was built on this land.

Where to find it: Zipaquirá, Cundinamarca 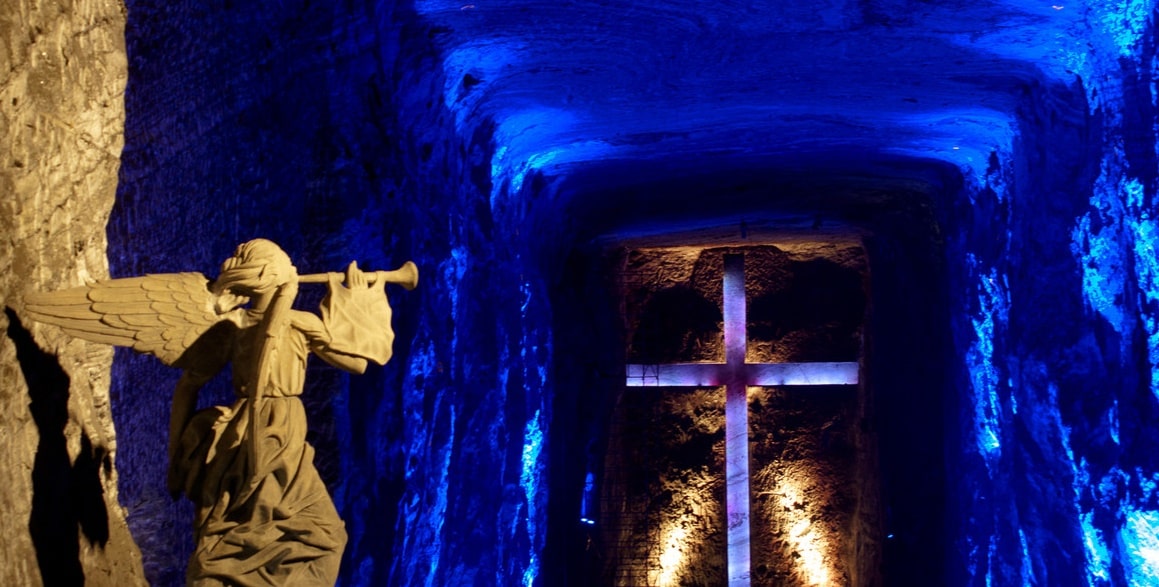 Zipaquirá is a cute historic town located some 50km north of Bogotá and home to the stunning Salt Cathedral built 180 meters underground within the tunnels of a salt mine. This UNESCO Heritage Monument is a famous tourist destination, but also a place of pilgrimage in Colombia, receiving more than 3,000 visitors on Sundays.

¡Viva Colombia!
... and its seven wonders!
« 11 Things To See and Do in Medellín Top Colombian Slang Terms To Help You S… »
プロフィール