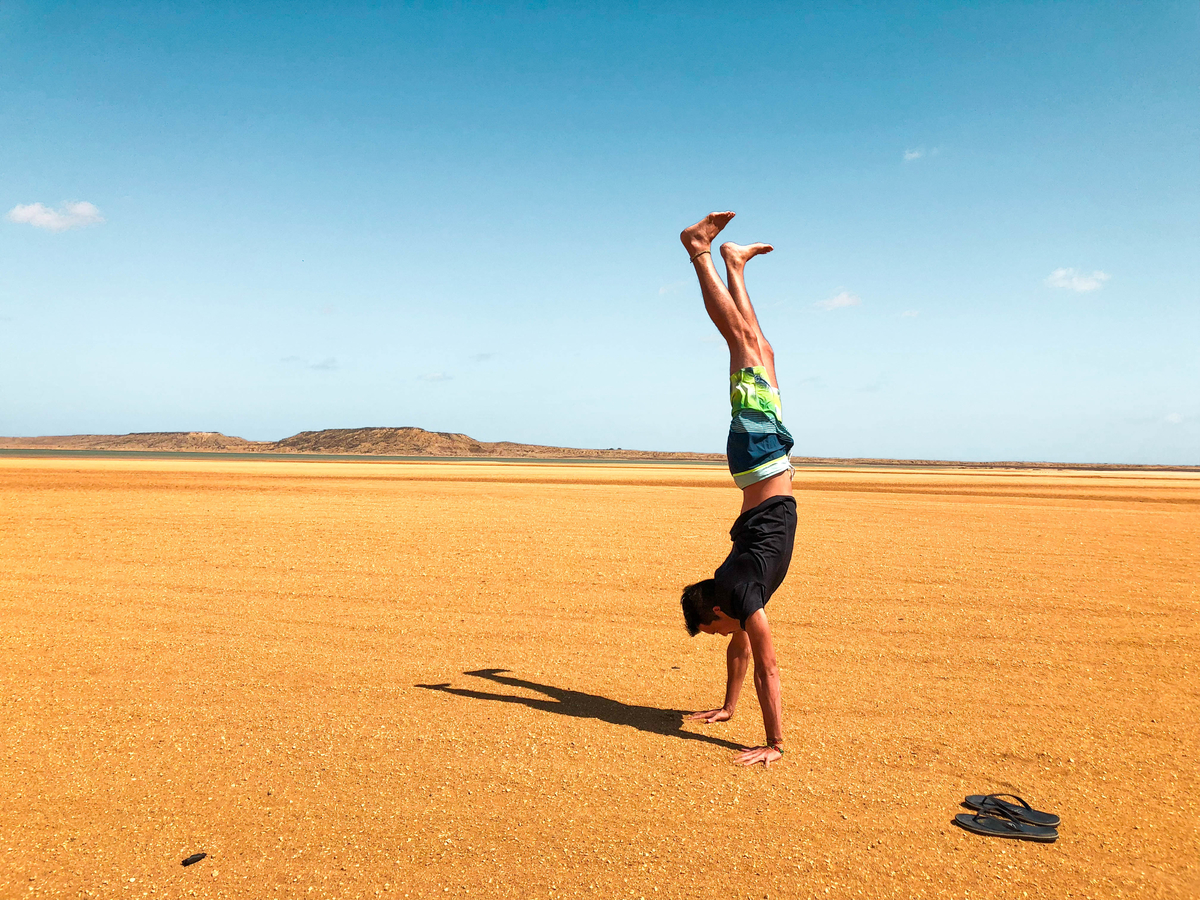 Despite Colombia being my home country, it is a place that never stops to amaze me.

Here's a list of 11 interesting facts about Colombia. Some are funny, some are weird and others unique!

1. You can buy 'minutes' on the streets 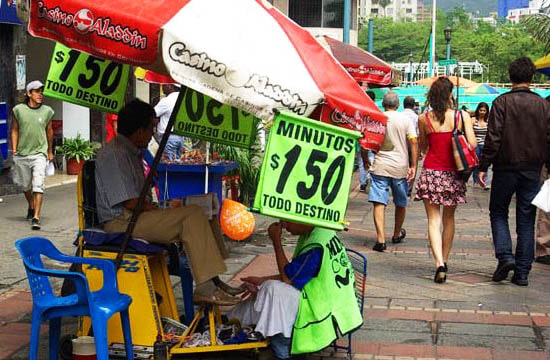 In Colombia there's always a way of making an urgent phone call, even if your phone is out of battery. Street vendors selling ‘minutes’ to make a phone call are everywhere, so just look for a colorful sign - typically yellow or orange - with the word 'minutos' on it. You'll get a 1990's mobile phone, but hey, at least you'll be able to make your call. 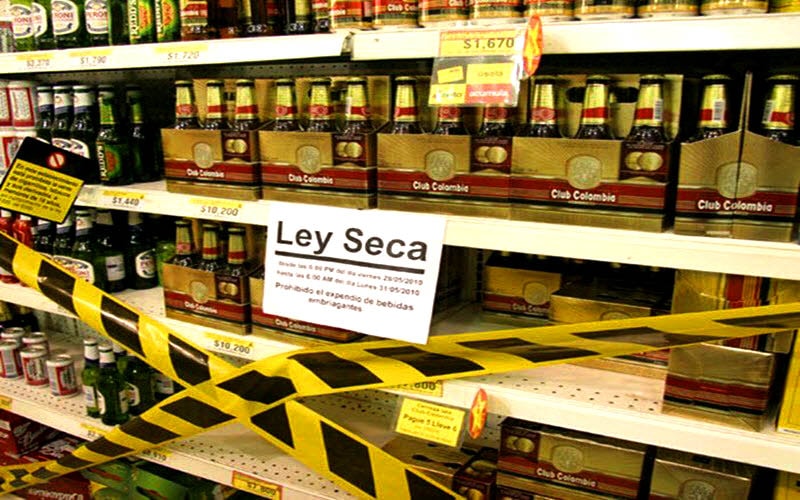 The local government in Colombia imposes a short-term ban on alcohol during large national events, such as the World Cup and elections, to avoid violence and conflicts in the streets. This law is called 'Ley Seca' or 'Dry Law' in English.

3. The Colombian National Anthem is played on the radio and TV every day 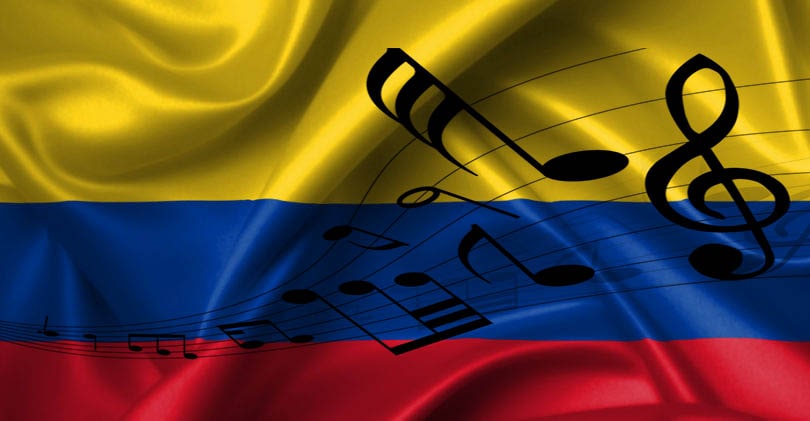 In Colombia, there's actually a law - law 198, July 17, 1995 - stating that the National Anthem is to be played every day at 6am and 6pm on the radio and on national television.  So, if you happen to be listening to your favorite song on the radio around that time of the day, don't get frustrated when it's interrupted, it’ll only last for a couple of minutes!

4. Colombia has 18 public holidays a year 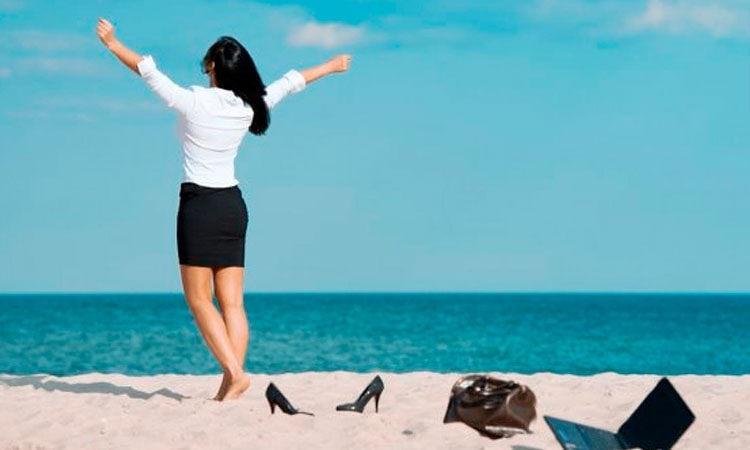 Colombia has 12 Catholic holidays and 6 Civic holidays. It is the second country having the greater number of public holidays in the world - after India with 21 days.

Many Colombians have no idea what the celebration is about, but a public holiday is always a good reason for Colombians to throw a party and celebrate with friends and family.

5. Colombia is home to pink dolphins 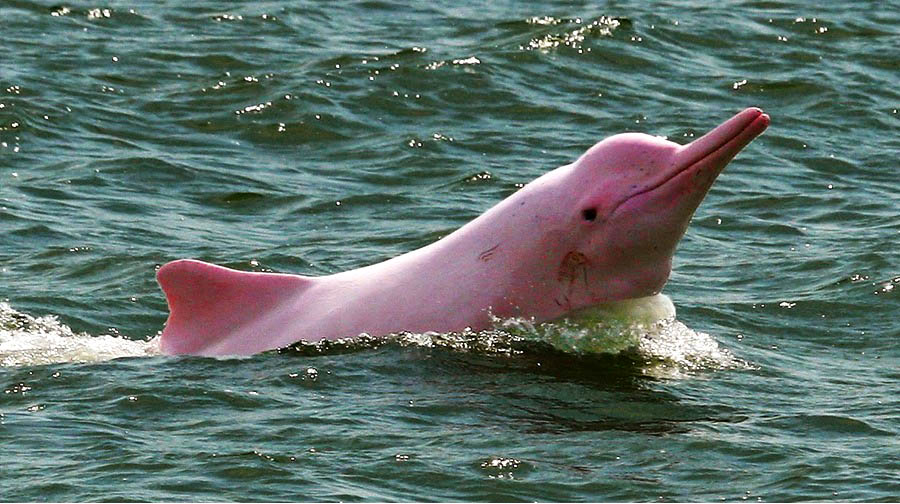 Yes, I just said pink dolphins! Probably right now, the dream of many children around the world is coming true! This pink mammal is an inhabitant of the Amazon River.

6. Bogotá's network of bicycle routes is one of the most extensive in the world 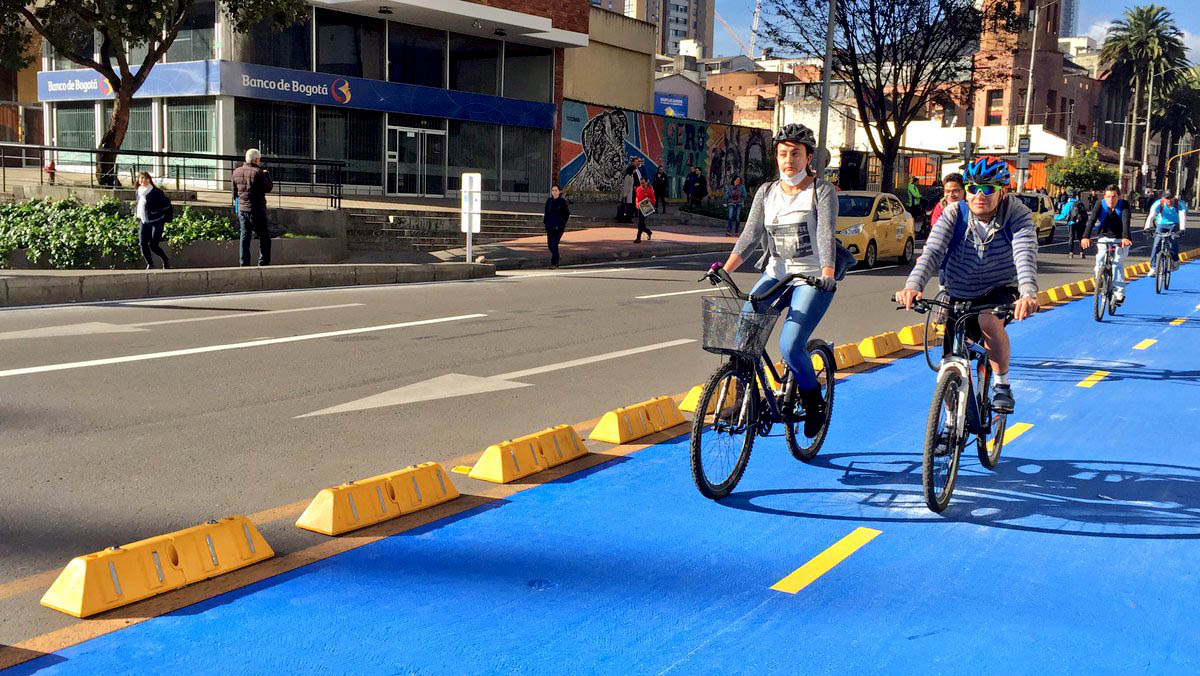 Bogotá is home to the largest cycling route in South America (and definitively one of the longest in the world), stretching for over 300 km from the suburbs right into the city center.

7. Colombia is a unique country with two coasts 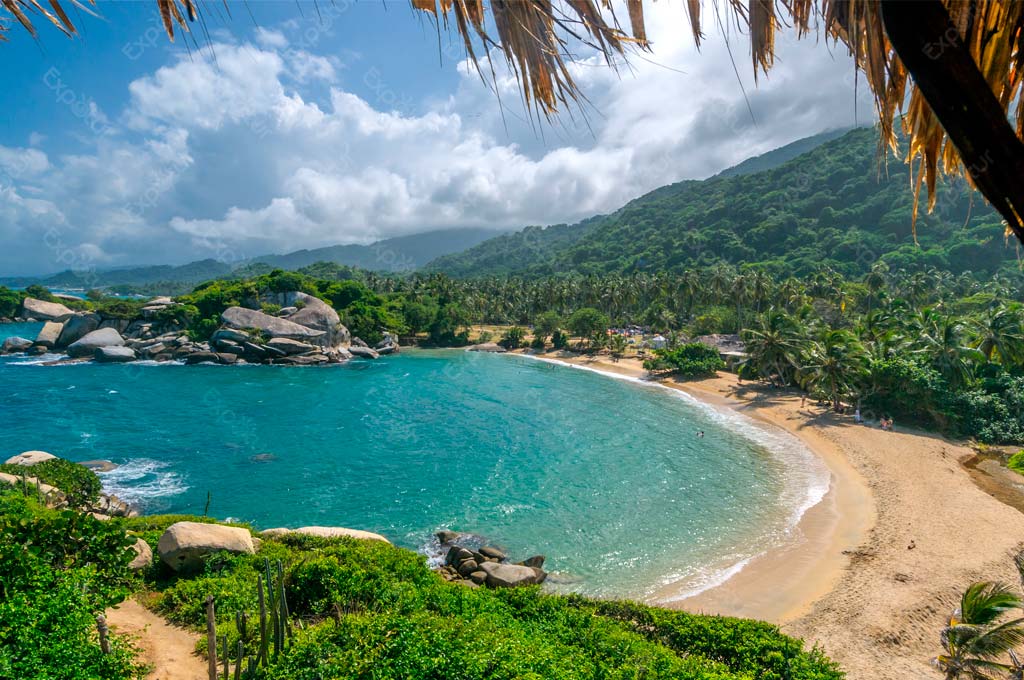 Colombia is the only country is South America that has coastlines with both the Caribbean Sea and the Pacific Ocean. This creates an innumerable number of beaches being enjoyed by locals and tourists alike.

8. Colombia is home to The Amazon Rainforest 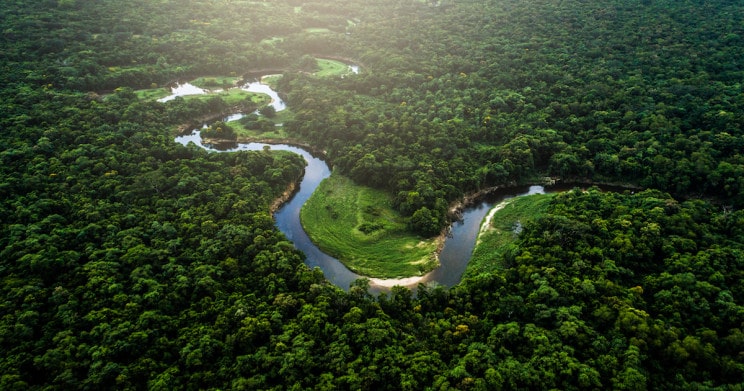 One third of the country is covered by The Amazon Rainforest. As a result, Colombia is home to amazing nature and wildlife and holds the status of 'megadiverse country' - a status held only by 17 countries. 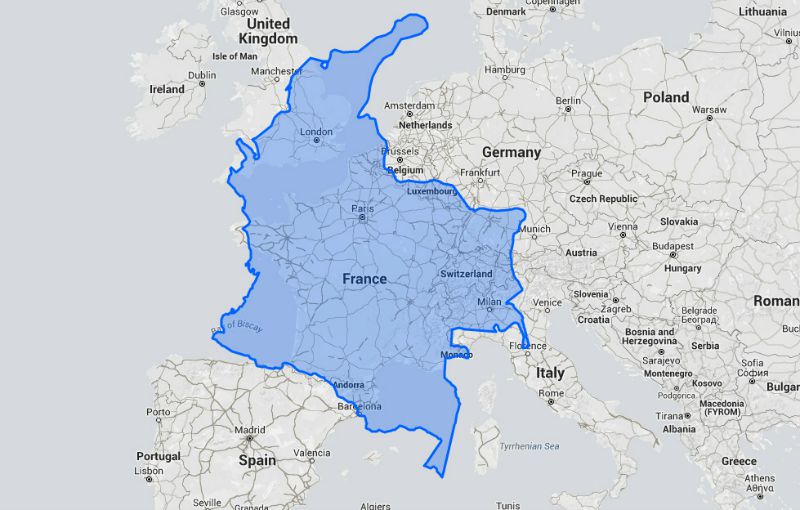 Colombia's surface is equivalent to the sum of France, Spain and Portugal or to 27 x The Netherlands. Crazy, right? Colombia is actually the 26th largest country on earth.

10. Colombia is home to a liquid rainbow 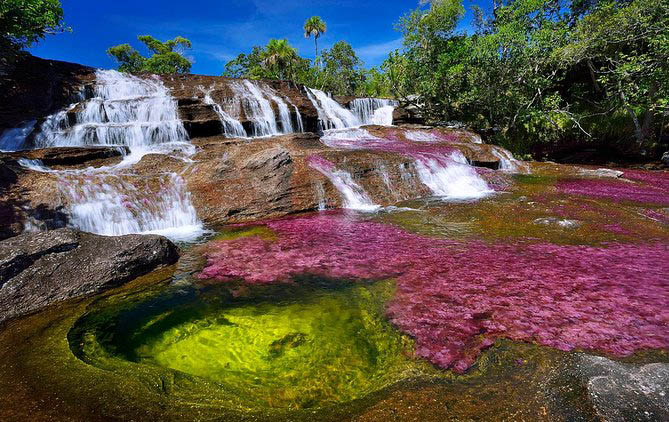 The liquid rainbow is the Caño Cristales River. Diverse plants and green mosses grow on its rocks, creating incredible combinations of colors that can be seen from above due to its crystal blue waters.

11. Colombia is home to the tallest palm tree in the world 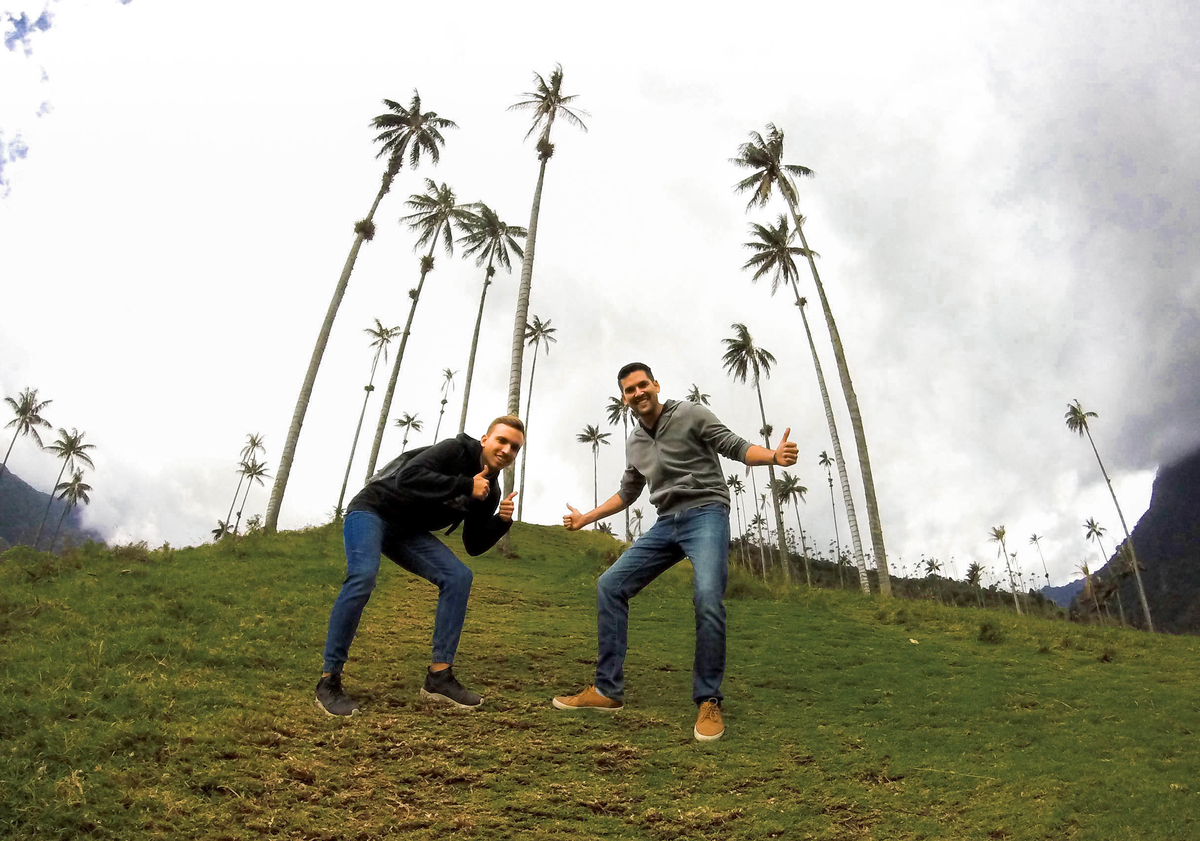 The Palma de Cera or Wax Palm is Colombia’s national tree. It is found exclusively in the Colombian Andes and it's the tallest palm tree in the world, measuring up to 60 meters. Beautiful sights of these palm trees can be enjoyed at The Cocora Valley in the Quindío Department.