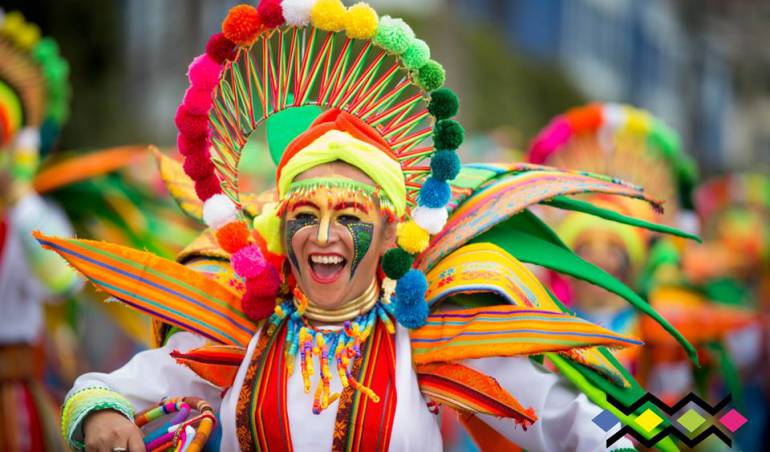 Colombia likes bringing its people together and the way the country does it, is by celebrating its history, culture and traditions during animated festivals and carnivals held throughout the country. The following is a list of my personal favorite four festivals in Colombia.

Beautiful women, colorful costumes, spectacular parades and lots of dancing to the rhythm of orchestras in one single place. This place is the city of Barranquilla, in the northern Caribbean Coast of Colombia. 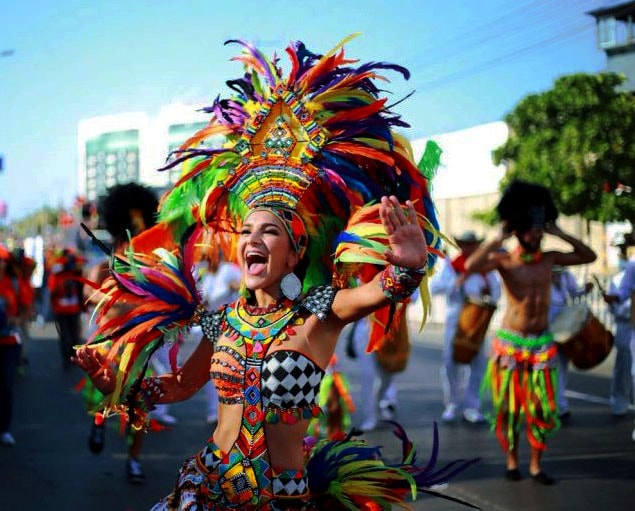 Barranquilla's carnival is held every year somewhere between the last week of February and the first week of March. This carnival is the second largest carnival in the world, after Rio de Janeiro. It was declared a Masterpiece of the Oral and Intangible Heritage of Humanity by UNESCO.

During the four days of carnival, the city of Barranquilla paralyzes activities as both locals and foreigners fill the streets with dance, music and masquerade parades. This carnival is one of Colombia's most important folkloric events during which the Colombian ethnic diversity is celebrated through traditional dances and music, such as the 'Cumbia'.

There's a place in the world in which people come together every year to celebrate ethnic and cultural differences. This place is called San Juan de Pasto, in south western Colombia.

The Blacks' and Whites' Carnival is celebrated every year from the 28th of December until the 7th of January. This cheerful carnival is since 2009 on the UNESCO list of the Intangible Cultural Heritage of Humanity. 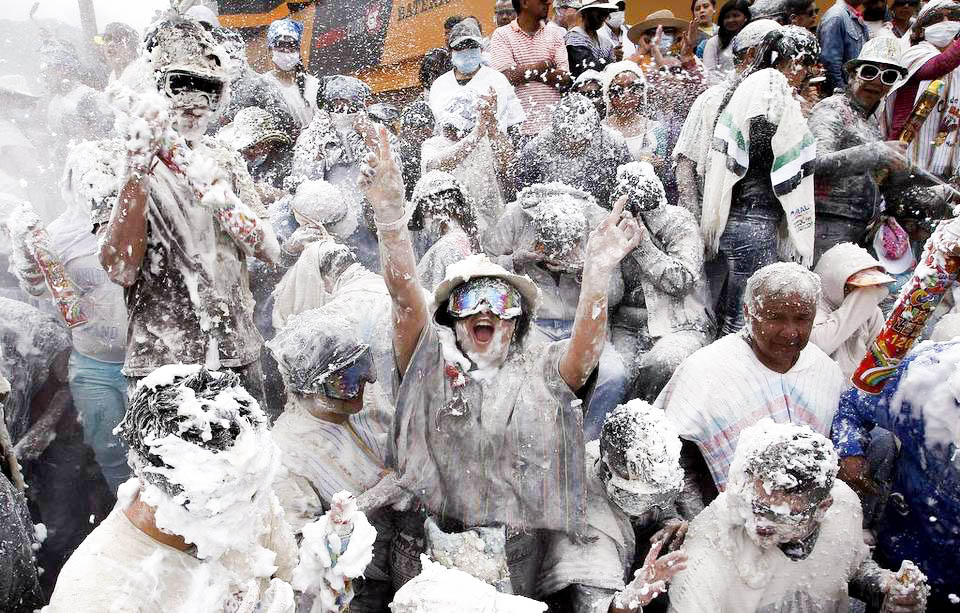 What makes this carnival unique is its remarkable 2-day-event dedicated to both the black and white people. During the first of these 2 days, people celebrate the black ethnicity by painting their faces (and sometimes their whole bodies and clothes) with black paint and cosmetics, and going on the streets to dance to the rhythm of the carnival. On the next and last day of the carnival, people cover themselves using talcum powder, foam or even flour. Needless to say, the streets are a battlefield, so just be ready to be covered in lots and lots of flour and paint!

Colombian culture, heritage and tradition is express through music and dance, and this music festival is no exception! It's a huge celebration of the country's African heritage.

The Petronio Álvarez Music Festival is held every year in the city of Cali in August. The festival was named after an important musician born in 1914 on the island of Cascajal, near Buenaventura. 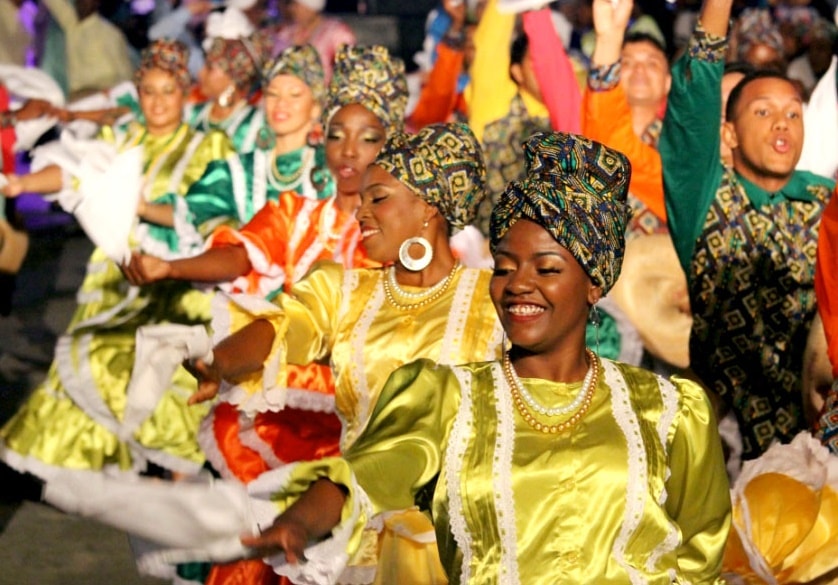 Throughout the four days of cheerful celebration, more than 60 bands from across the country compete for awards. And the best part is that you get to be part of the contagiously animated atmosphere!

Be part of the world's largest Afro-Latino festival and be ready to dance to the rhythm of Colombian people while delighting yourself with some of the best traditional dishes from the Pacific region of Colombia.

The Flower Festival is held in the 'City of Eternal Spring', Medellín. This beautiful city is surrounded by natural beauty all year round, but in early August of each year, the city dresses up in colors for the Flower Festival. 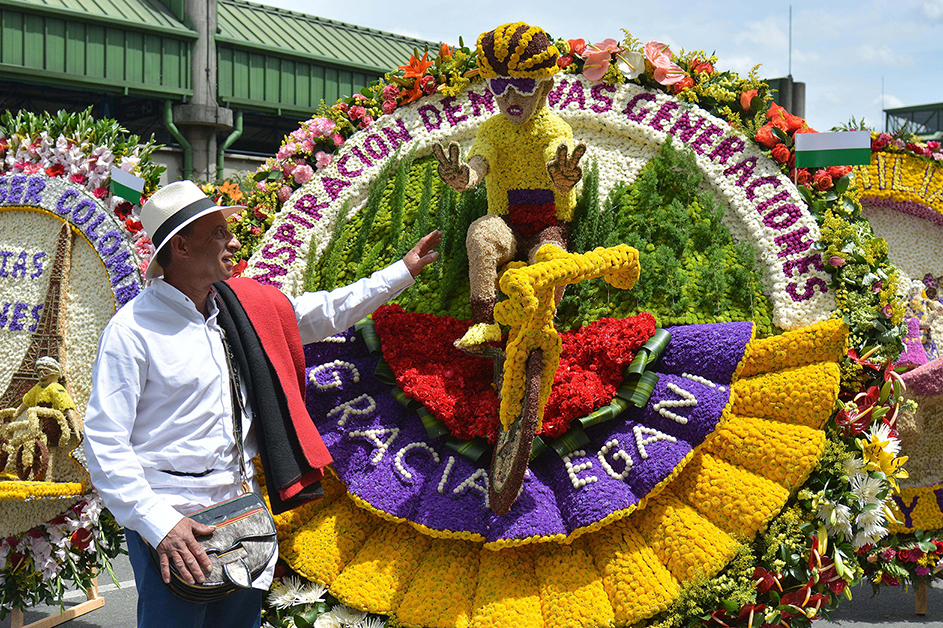 This celebration has taken place every year since 1957 and holds events such as concerts; caravan of chivas - rustic bus adapted to be used in rural Colombia-; cabalgata - horse ride through town -; orchestras; fireworks; and the world-famous parade of Silleteros – the saddler's parade. This is the event that makes this festival really unique. For the parade of Silleteros, flower farmers prepare beautiful arrangements, which are then carried on their backs. Each saddle can weight up to 70 kg, measure 5 meters in diameter and is made of up to 25 different varieties of flowers!

¡Viva Colombia!
... and its ethnic diversity, music and dance!
« The History of Colombia in Three Minutes… Visiting a Coffee Farm in Colombia »
プロフィール